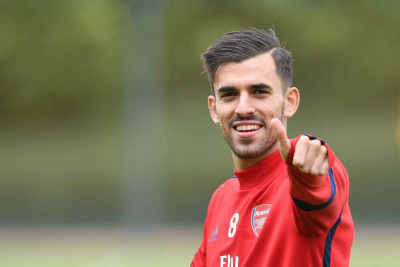 The Blades looked to have forced extra time when David McGoldrick capitalised on an error at the back to level the contest after 87 minutes, cancelling out Nicolas Pepe's first-half penalty.

Ceballos popped up for the winner in added time, beating Dean Henderson from a tight angle to send the Gunners into the final four with the Blades enduring another frustrating afternoon, winless since the restart of the season.

The hosts started the better of the two sides and looked to have taken an early lead with John Lundstram heading home from a yard out after a knock on from McGoldrick.

VAR intervened however and correctly ruled the goal out. It provided a shift in momentum the Gunners needed and 15 minutes later an error from Chris Basham gave them the chance to take the lead from the spot, after the Blades defender clumsily crashed through the back of Alexandre Lacazette.

The FA Cup has provided a shining light for Arsenal during a period that has seen them fail to replicate the consistent title challenges of Arsene Wenger's first 10 seasons in charge.

They have won it three times in the six seasons prior to this, the latest coming in 2017.

Tweet
More in this category: « SAFA explained process to be followed in order for football action to resume. Chelsea book FA Cup semi-final spot thanks to Barkley goal. »
back to top