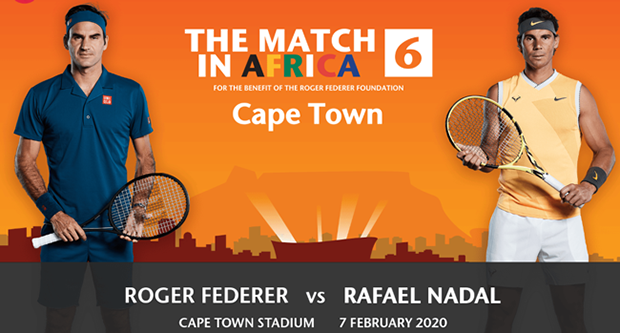 The Tickets for the much-anticipated match between Roger Federer and Rafeal Nadal will go on sale at 09:00 on the 4th of September 2019 at Computicket.

The match will be played at the Cape Town Stadium on Friday,the 7th of February 2020, to will help raise funds for the Roger Federer Foundation's educational programmes in Africa.

Tickets are limited to six per person.

Organisers have confirmed that there will also be a celebrity curtain-raiser match.

It was also reported that billionaire American Microsoft founder Bill Gates would team up with  Roger Federer in a doubles match to take on  Rafael Nadal and comedian Trevor Noah.