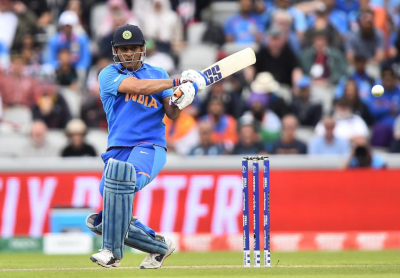 Dhoni, who has not played an international match since the World Cup semi-final match against New Zealand last year, announced his retirement in a cryptic manner by posting an Instagram video of his cricketing memories with the caption: Thanks a lot for ur love and support throughout,from 1929 hrs consider me as Retired.

"Thanks a lot for your love and support throughout. From 1929 hrs consider me as retired,"he wrote on Instagram.

He did not specify whether he has retired from all cricket, although Indian Media have reported that he will play in the Indian Premier League later this year.

Wicketkeeper Dhoni scored 4,876 Test runs and guided India to the top of the International Cricket Council rankings before retiring from the longest form of the game in 2014.

Appointed India captain in 2007, he led India in 200 ODIs and 72 T20s, the only player to captain in more than 50 matches in each of the three formats.

In an illustrious career spanning 15 years, Dhoni played 350 ODIs and 98 T20 Internationals. He scored 10,773 runs in ODIs, which included 73 fifties and 10 centuries. In T20Is, he played with a more measured approach, making 1617 runs at an average of over 30. The wicketkeeper-batsman made his ODI debut against Bangladesh in December 2004, a match in which he was run out for a duck.

His former teammates, including cricket icon Sachin Tendulkar, politicians and actors also wished him for the future.

Your contribution to Indian cricket has been immense, @msdhoni. Winning the 2011 World Cup together has been the best moment of my life. Wishing you and your family all the very best for your 2nd innings. pic.twitter.com/5lRYyPFXcp

When you lead without saying, get the best with out asking, build a team without meetings ,be humble when others crumble and an epitome of simplicity ...you are @msdhoni #Dhoni pic.twitter.com/EhC0yFhbOX

Nooooo !!!
You’ve always known the best ..
Thanks for the entertainment ??? #Dhoni #MSDhoni pic.twitter.com/0Jwqb4hgaT

Tweet
More in this category: « Shelby Rogers shocks Serena Williams at Top Seed Open. Amakhosi secured a 3-2 win over Rise and Shine. »
back to top