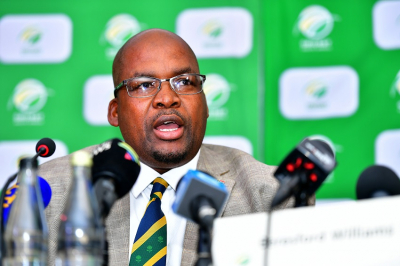 Chris Nenzani stepped down from his position as the Cricket South Africa (CSA) president on Saturday, three weeks before his term was due to end.

He has been under increasing pressure in the face of administrative upheaval and left his post within hours of the organisation firing its chief operating officer Naasei Appiah.

Nenzani has been in the position since 2013 and served two three-year terms, the second of which was extended by 12 months in 2019 to see CSA through a difficult period.

The president's post will remain vacant until the board's annual general meeting on September 5, while Appiah, along with former head of sales and sponsorships Clive Eksteen, who was dismissed in June, is taking CSA to court to contest the decision.

Meanwhile suspended CEO Thabang Moroe met with CSA last week but his case did not reach a resolution and it is expected to conclude this week.