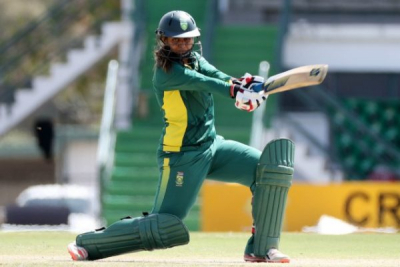 South Africa women will not tour England next month because of coronavirus travel restrictions.

The Proteas had been set to play two Twenty20s and four one-day internationals in England in September.

A tri-series had also been proposed for the summer but India withdrew in July because of similar restrictions.

The England and Wales Cricket Board (ECB) says it is determined to play some women's cricket this year and is in talks with several boards.

West Indies are understood to be keen to replace South Africa.

"Women's and girls' cricket is a huge part of the ECB strategy and despite the devastating impact of Covid-19, this ambition has not waned," said Clare Connor, managing director of women's cricket.

"We continue to explore all options to see England Women play competitively this summer."

England's players have been in a bio-secure training bubble in Derby, where the matches were set to be played.

They have not played any international cricket since the T20 World Cup in Australia in March.

The 50-over World Cup - in which England are defending champions - was set to be held in February in New Zealand, but has since been postponed until 2022.

Tweet
More in this category: « Ronald Koeman frontrunner for Barcelona job. Sunshine Tour pros ready to Rise-Up and play. »
back to top