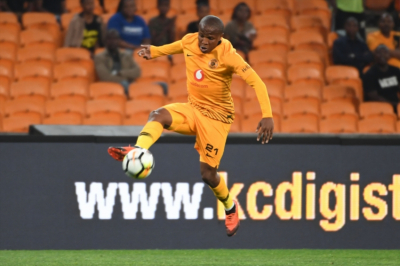 Kaizer Chiefs blew an opportunity to move nine points clear at the top of the Absa Premiership standings as they lost 3-1 to Bloemfontein Celtic at Tuks Stadium.

Goals from Motebang Sera and Victor Letsoalo helped Phunya Selel Sele to a deserved win after Erick Mathoho had opened the scoring.

Chiefs still hold a six-point lead at the summit of the standings, but having now played a game more than second-placed Mamelodi Sundowns.

The teams will return to Absa Premiership action on Sunday and Monday respectively.

Chiefs will play host to Stellenbosch FC at Orlando Stadium this weekend before Celtics short trip to Lucas Moripe Stadium to take on AmaZulu.

Meanwhile SuperSport United have moved up to third place on the Absa Premiership log after a 2-0 win over Polokwane City at Bidvest Stadium on Wednesday afternoon.

Matsatsantsa secured the victory thanks to an early goal from Ghampani Lungu and a late second from Bradley Grobler, and move up to 44 points, leapfrogging Orlando Pirates to sit behind the leading duo of Kaizer Chiefs and Mamelodi Sundowns.

Polokwane will return to action on Saturday, 22 August with a home match against Highlands Park at Loftus Versfeld Stadium, while SuperSport will next face Black Leopards away at the FNB Stadium on Tuesday, 25 August.