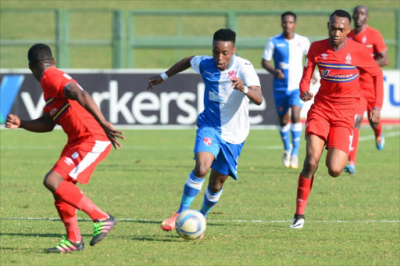 Mpumalanga based side Mbombela United has been relegated from the GladAfrica Championship to the ABC Motsepe League after being docked 23 points.

Mbombela, who finished 14th on the table above TS Sporting and Real Eagles  were on Monday found guilty of fielding Sabelo Ndzinisa in 23 games, despite him having initially signed for Sporting.

This means Mbombela and Eagles are the relegated teams.

Sporting lodged the dispute after Mbombela fielded Ndzinisa during their first-round fixture in Nelspruit, claiming the player had also signed for them and they will now remain in the GladAfrica as the case went in their favour.

Mbombela United chairman Oupa Matsebula said they are not accepting the verdict that was issued in their case with TS Sporting.

Meanwhile, the 29-year-old Ndzinisa, an Eswatini international, has been banned for two years.

The Premier Soccer League(PSL) are expected to officially release the statement soon.