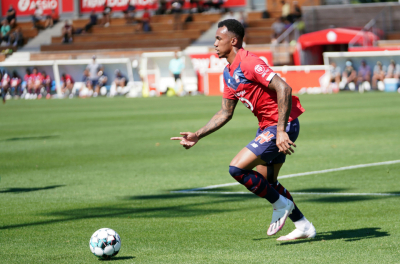 Arsenal have confirmed the signing of Gabriel Magalhaes from Lille.

The 22-year-old passed a medical in London over a week ago and is currently in quarantine having arrived from France. It’s understood he’s signed a five-year deal with the Gunners.

The deal was announced in a video on Facebook in which Willian and David Luiz interviewed the new boy over Zoom.

On the news, Arsenal’s technical director Edu said: “We are delighted to have signed Gabriel.

"He is a player we have been studying for a while and he was in demand from many clubs, so we are proud to have agreed and completed this transfer with Lille and the player.

"Gabriel is a player of high quality and Mikel and his coaches are looking forward to integrating him into the club."

Gunners head coach Mikel Arteta added: “We welcome Gabriel to Arsenal. He has many qualities which will make us stronger as a defensive unit and as a team.

"He has proved with Lille that he is a defender with many outstanding attributes and we are looking forward to watching him grow as an Arsenal player."

Gabriel becomes Arsenal’s second first-team signing of the summer after the arrival of Willian on a free transfer following his exit from Chelsea.

? This is Arsenal calling!

? Join us for a very special video call...