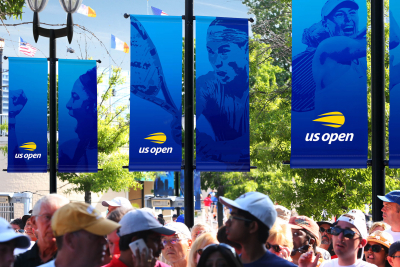 Tsvetana Pironkova, playing in her first event since 2017, claimed one of the shock upsets at the US Open by dispatching double Grand Slam winner Garbine Muguruza 7-5 6-3 to move into the third round at Flushing Meadows.

After three years away from the WTA Tour following the birth of her son Alexander, the unranked Bulgarian had 10th-seeded Muguruza smashing her racket and mumbling in frustration as the Spaniard's US Open jinx continued to haunt her.

The tournament has been a stumbling block for the French Open and Wimbledon champion, who this year nearly added to her collection of major trophies when she reached the final in Australia.

In stark contrast to her success at the other slams, Muguruza has struggled to make an impact on the New York hardcourts.

She had made it past the second round once in seven previous visits to Flushing Meadows and saw her bid end there again.

Twitter
More in this category: « Sunshine Tour:Strydom joins his hero Coetzee in chase for victory. Serena Williams battles into US Open third round by beating Margarita Gasparyan. »
back to top