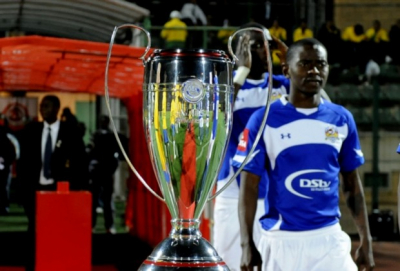 The fight to be crowned champions is perhaps the simplest of all, with Kaizer Chiefs knowing that victory over relegation-threatened Baroka FC will in all likelihood see them crowned champions.

Mamelodi Sundowns would need to beat another side hoping to avoid the drop, Black Leopards, by a four-goal greater margin that Chiefs manage against Baroka, a tall ask indeed.

For example, a 1-0 victory for Chiefs would see Sundowns needing to claim a 5-0 success over Leopards. If was 2-0, they would have to win 6-0 and so on.

That is because Chiefs and Sundowns are level on 56 points, but the AmaKhosi have a +21 goal-difference compared to +18 for The Brazilians.

Should they end level on goal-difference, the next differentiator is goals scored, and Chiefs lead 47-40 in that instance, so all the cards are stacked in the Soweto giants’ favour as they seek to claim a first piece of silverware in five years.

However, should they drop points, that would open the door for Sundowns if the latter win. Or if Chiefs lose, Sundowns would need just a draw.

Six of the top eight places have already been secured, qualifying those teams for the MTN8 competition.

Meanwhile five teams remain in the relegation mix, though realistically Polokwane City are already down with it highly unlikely they will be able to climb off bottom spot.

They would likely need to beat BidVest Wits by some six or seven goals just to potentially claim the promotion/relegation play-off place and that would be one of the greatest last-day escapes in football history.

It seems more likely that four sides are battling to avoid the play-offs on the final day.

Twitter
More in this category: « Serena Williams battles into US Open third round by beating Margarita Gasparyan. Lionel Messi release clause not valid,says father,while Suarez agrees deal with Juventus. »
back to top