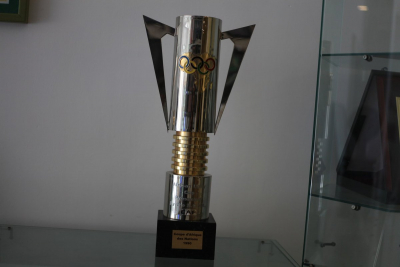 The Egyptian Football Association (EFA) have released a statement confirming that several trophies have disappeared from their headquarters as they will begin investigations.

Former EFA vice-president Ahmed Shobier had claimed that the Africa Cup of Nations trophy has disappeared from the EFA’s headquarters.

However, the EFA announcement on Friday confirmed Shobier’s claim, and are now set to open investigations into the matter.

"As the Egyptian Football Association plans to develop its headquarters, including converting the entrance into a small museum for Egyptian football, the federation’s management was surprised that there were a number of lost trophies in the federation’s storeroom," the EFA said in a statement.

"These trophies were supposed to be used in the development process. An investigation is underway to verify whether these old trophies survived the fire and looting of the EFA’s headquarters in 2013 when they were attacked by Ultras groups, or if they were among the losses that resulted from the damage inflicted on the building in this incident."

Winning the AFCON title for three times in a row allowed Egypt to retain the trophy for life.

Meanwhile the 2021 Africa Cup of Nations has been postponed to 2022 due to the COVID-19 pandemic.

AFCON dates were changed from the last edition as CAF sought to streamline the tournament with the international calendar, but the 2021 edition was left for January due to the unfavorable mid-year weather conditions in Cameroon.