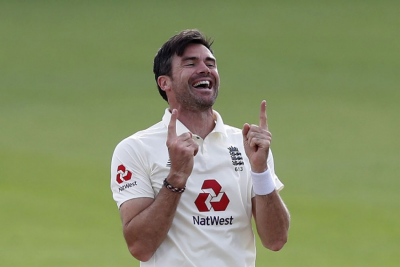 Jos Buttler guided England to a six-wicket victory over Australia in the second Twenty20 international to clinch the three-match series.

Buttler batted throughout for his 77 from 54 balls as the hosts reached their target of 158 with seven balls left.

After the loss of Jonny Bairstow, hit wicket in the third over, Buttler batted patiently in a stand of 87 with Dawid Malan.

Malan fell for 42, and Tom Banton and Eoin Morgan followed in a collapse of 3-29 but the assured Buttler held firm.

With 18 needed from the final two overs, Moeen Ali hit 10 from two balls before Buttler sealed the victory with a huge six.

A brilliant start with the ball by England had earlier seen Australia fall to 3-2 and 30-3, before the tourists scrapped to their total.

England now lead 2-0 with only the final match on Tuesday to come.

The delayed competition will be played across the UAE, with Dubai, Sharjah and Abu Dhabi hosting the matches.

The 56-game tournament begins on 19 September, with the final taking place on 10 November.

Mumbai won a record fourth IPL title with a one run victory over Chennai in May 2019.

The IPL, which usually takes place between March and May, has been delayed because of the coronavirus pandemic.

The complete fixtures for the league stage of the Dream11 IPL 2020 can be accessed by clicking HERE.