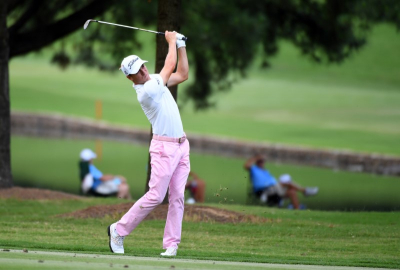 World number one Dustin Johnson built a healthy five-shot lead heading into the final round of the PGA Tour's season-ending Tour Championship.

The American was a shot clear of Sungjae overnignt but fired a six-under 64 during the third round, including seven birdies.

Xander Schauffele, after a round of 67, is tied for second place with Justin Thomas, who claimed a four-under 66.

Northern Ireland's Rory McIlroy went round in level par to stay on eight under, 11 shots off the lead, where he was joined by England's Tyrell Hatton after a one-over 71.

Like the leader, Daniel Berger shot a 64 to climb into the top 10, two shots behind US PGA winner Collin Morikawa who is in fifth place after his 67.

Kaymer missed close-range birdie chances on the 16th and 17th at Valderrama and then bogeyed the 18th.

His playing partner Catlin did not make a single birdie in the final round but secured a one-shot victory on Sunday.

Twitter
More in this category: « Novak Djokovic disqualified after hitting ball at line judge in US Open. Naomi Osaka beats Anette Kontaveit to reach quarter-finals of US Open. »
back to top