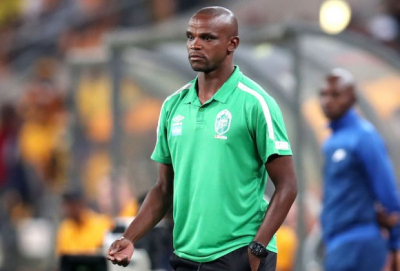 AmaZulu have confirmed the permanent appointment of Ayanda Dlamini as head coach on a three-year deal.

Dlamini, a former striker with the club, took over the reins on a temporary basis when Jozef Vukusic was suspended in March after a string poor results.

His first match in charge was a 1-0 win over title-chasing Kaizer Chiefs just before the pause in the season, while overall he managed two wins, four draws and a single defeat.

He has been rewarded with the role on a permanent basis, a reward for leading the team to 13th in the top-flight, one point above the relegation play-off position.

"We would like to thank Dlamini for the great job he has done, and it is with pleasure that we announce him as our head coach for the next three years,"general manager Lunga Sokhela said at his unveiling.

"It was not hard to announce Dlamini, he knows and understands the club's culture. If you look at clubs all over the world like Real Madrid, they have Zinedine Zidane. And there is Mikel Arteta at Arsenal."

Twitter
More in this category: « Australia beat England to seal a consolation win and move back top of the T20 rankings. Kaizer Chiefs terminated the services of coach Ernst Middendorp. »
back to top