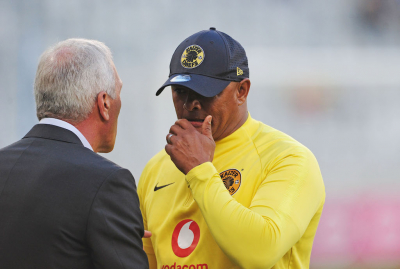 Kaizer Chiefs have announced that they have agreed to an early termination of assistant coach Shaun Bartlett’s contract.

It comes a day after head coach Ernst Middendorp was relieved of his duties following the AmaKhosi’s collapse at the end of the season that saw Mamelodi Sundowns pinch the Absa Premiership title on the final day.

"Kaizer Chiefs Chairman Kaizer Motaung, the Board of Directors and the club’s management would like to further announce that they have agreed to an early termination of assistant coach Shaun Bartlett’s contract,"Chiefs said in a statement.

The decision to release Bartlett follows that of Amakhosi and head coach Ernst Middendorp going their separate ways yesterday.

"We wish Shaun Bartlett all the best in his future endeavours."

Both Bartlett and Middendorp had been in charge since December 2018.

Meanwhile Chiefs appeal against their two-window transfer ban was heard by the Court of Arbitration for Sport (CAS) , Wednesday 09 September, read a statement from the club.

"The club will await the outcome on whether the appeal is successful or not."

Amakhosi face a two-window ban over the signing of Madagascan international 'Dax' Andrianarimanana, who was alleged to have been under contract with local side Fosa Juniors back in 2018.

Twitter
More in this category: « Ewan beats Bennett in thrilling sprint in Poitiers. Mthethwa says ruling on Caster Semenya is offensive. »
back to top