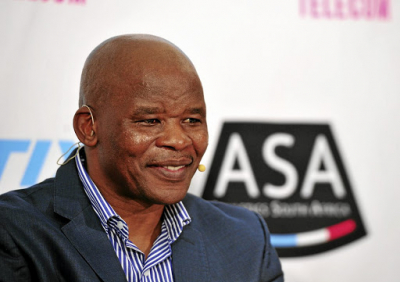 SASCOC says the Resolution adopted on 8 September 2020 whereby SASCOC resolved to appoint an independent Task Team to conduct investigations into the administrative, operational and/or financial affairs of Cricket South Africa. This Resolution was not lightly adopted. Very serious issues have plagued CSA over many months culminating recently in the departure of its President, and the highly-respected Acting CEO, Mr Jacques Faull.

In a statement,SASCOC said initially they attempted to meet with the CSA Board on two (2) occasions, the first one was quite cordial, and the second was cut short when CSA had refused to make available to SASCOC the much-talked about forensic report. It continues to be CSA’s position that the forensic report will only be made available to the SASCOC President, and the Board Members, on a restricted basis. No reasonable person can effectively enquire into the affairs of Cricket South Africa without having full access to the report, and without the assistance of legal and/or forensic experts.

SASCOC claims that it has acted in good faith, and in the best interests of the sport in the country by adopting these Resolutions. It is manifestly not an attempt to place Cricket South Africa under administration. It is an intervention by independent Task Team members for a very limited period during which they will remain accountable to SASCOC, and the Members’ Council of CSA. The latter owns the game, and are the custodians of cricket within the Republic, not the CSA Board. It is contemplated by the Resolution that the Task Team will consult with the Members’ Council as the need arises and that the Task Team will also seek the authority of the Members’ Council for the CSA Board, and those employees who serve on its ex officio, to step aside or to take special leave on full pay.

There have been some reports expressing concern that the SASCOC intervention amounts to political interference. SASCOC says they can assure the public that this is not the case. The SASCOC Board is composed both of Presidents of various sporting Federations, as well as Members appointed by the IOC, the IPC, and the Athletes Commission. They all exercise their minds independently, and rationally based on the information and evidence placed before them. The calls for the CSA Board to step aside, and for CSA to be investigated have become louder and clearer, and more strident, on a daily basis. In the face of this, coupled with ample evidence of malpractice and acts of misconduct, it would be irresponsible and would be neglecting its legal and constitutional duties not to do so.

The Minister has not instructed or directed the SASCOC Board at any stage. They are aware of meetings held between the Minister and the CSA Board where he has expressed his disquiet, and deep concern about the state of cricket in this country. According to reports, the Minister has also met with other role-players. The Sport Portfolio Parliamentary Committee has long since expressed its deep concern about the state of cricket, and was promised the forensic report by CSA’s former President, Nenzani, in June already, but this promise has been broken, and the undertaking to do so, breached.

The Presidents that form the Members’ Council of CSA have similarly been denied unrestricted access to the forensic report. This is quite ridiculous. The Presidents act on a mandate from their respective Boards. How are they expected to obtain a proper mandate from their Boards when they are not permitted to share the contents of a report which they commissioned with the Members of their Board? That is why the refusal to make the report available on an unrestricted basis is both irrational, and unreasonable.

The SASCOC Board had once again requested to meet with the Members’ Council this evening, 11 September 2020 at 19h00 to convey to it the Resolutions adopted, and the motivations that informed them. It was also an opportunity to engage with the Members’ Council and for them to ask relevant questions of SASCOC. As far as possible, SASCOC wants the process to be dignified, and consultative. Unfortunately, this meeting did not proceed.

None of the SASCOC Board Members will serve on the Task Team. The Task Team will be composed of men and women of high quality, and high integrity. They are not affiliated to any Sports Federation, and have reputations as being fiercely independent.

Accordingly, SASCOC call upon members of the public and the media, and in particular cricketers and ex-cricketers, and stakeholders involved in cricket, including the sponsors, to give this process a chance so that we can restore cricket to its former glory, as soon as possible.

Twitter
More in this category: « 1st ODI - Australia beat England by 19 runs. Alexander Zverev will play Dominic Thiem in the US Open final. »
back to top