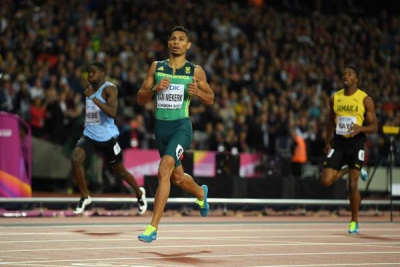 Olympic champion Wayde van Niekerk has marked an emotional return to competitive athletics by winning the 400m at the Gala dei Castelli meet in Switzerland.

The South African started out of the blocks slowly in Lane 4 but powered home down the finishing straight to win in 45.58 seconds.

Van Niekerk had last run a competitive meet outside his home country at the 2017 World Athletics Championships in London when he won his second 400m world title, having been blighted by a number of different injuries since then.

In February, before global health restrictions were tightened against coronavirus, van Niekerk won a university-level 100m on a grass track in Bloemfontein.

However, a planned international comeback in August in Italy was disrupted when he tested positive for the coronavirus.

Back at it! Forgot how to race for a moment, but it’s lovely being back on track.