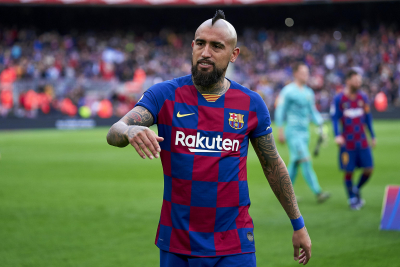 Inter Milan have signed midfielder Arturo Vidal from Barcelona for just over £900,000.

The Chilean's move to the San Siro sees him reunite with Inter boss Antonio Conte, with whom he won three Serie A titles during their time together at Juventus.

At 33, Vidal is the latest veteran to join Inter during this transfer window, following the arrivals of 31-year-old Alexis Sanchez from Manchester United and 34-year-old Aleksandar Kolarov from Roma.

Conte will be hoping the trio's experience can help Inter win trophies this season after they finished as runners-up in both Serie A and the Europa League during the previous campaign.

Vidal's exit from Barcelona comes as the Spanish side look to rebuild following their first season without a trophy in 12 years.

❗ Agreement with @Inter for the transfer of @kingarturo23.

Twitter
More in this category: « Zlatan Ibrahimovic scores brace to give his side a 2-0 win over Bologna. SA success inspires Strydom. »
back to top