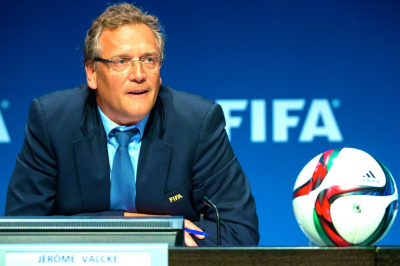 AFP reports that, prosecutor Joël Pahud did not oppose part of the sentences being suspended.

Valcke has been charged with accepting bribes, multiple counts of aggravated criminal mismanagement and falsification of documents in connection with the awarding of media rights for various FIFA World Cups and Confederations Cups.

Al-Khelaifi, a member of the UEFA Executive Committee and chairman of beIN Sports, has been charged with inciting Valcke to commit aggravated criminal mismanagement.

He is alleged to have given Valcke, who was banned from football for 10 years by FIFA, exclusive use of a luxury villa in Sardinia, which prosecutors say is linked to beIN Sports extending its Middle East and North Africa broadcasting rights for the 2026 and 2030 FIFA World Cups.

Earlier in the trial, Frenchman Valcke said he had encountered financial problems since his exile from football and was unable to open a bank account in Europe.

Pahud accepted that Valcke has "paid a significant personal price and that this is a mitigating factor".

As for Al-Khelaifi, Pahud claimed he had shown a "contempt for justice", AFP reported.

Both have denied the charges brought against them and the defence is poised to begin presenting its case tomorrow.

These charges were levied in February.

At the same time, it was revealed that FIFA had partially withdrawn a complaint against Al-Khelaifi and Valcke concerning allegations of bribery after reaching an "unspecified amicable agreement" with the Qatari official.