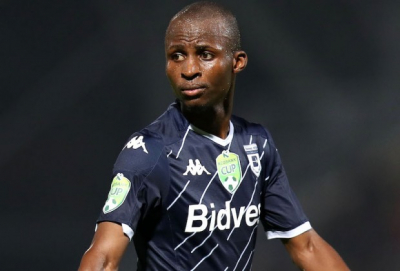 Dzvukamanja, 26, has signed a three-year deal having impressed in the Premier Soccer League last season, netting 13 goals in 52 appearances for The Clever Boys over two campaigns. The Zimbabwe international arrived in 2018 from Ngezi Platinum.

Makgaka, 24, had been the longest serving player at Baroka until he left at the end of June, having played 70 matches in the previous five seasons.

He was part of the side that lifted the 2018 Telkom Knockout trophy, where they beat Pirates on penalties in the final.

Meanwhile Chippa United have completed the signing of attacking midfielder Sizwe Mdlinzo, who returns for a second spell in Port Elizabeth.

The 28-year-old arrived from TS Galaxy, where he played a leading role in helping the club to their shock victory in the 2019 Nedbank Cup, but did not have the same influence in the recently competed 2019-20 campaign.

Delron Buckley has joined the KwaZulu-Natal side as an assistant coach, while Rowen Fernandez will act as goalkeeper coach.