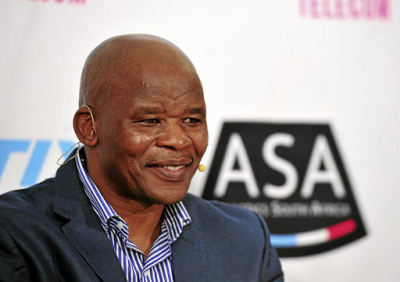 Cricket South Africa (CSA) and the South African Sports Confederation and Olympic Committee (SASCOC) appear to be at an impasse, with the former continuing to deny the latter unrestricted access to the forensic report.

Sascoc’s board met on Friday to discuss how they were going to go forward with CSA‚ and the cricket body’s reluctance to release the forensic report that was commissioned by their member’s council.

Acting vice-president Aleck Skhosana said in a press conference on Friday that Sascoc’s resolution was firm with regards to CSA releasing the report and they also declined the association’s request for a meeting.

The forensic report, which has proved to be a sticking point for much of CSA's troubles, was made available to the Members' Council - the 14 provincial presidents who make up the highest decision-making authority in the organisation - last weekend, subject to them signing a non-disclosure agreement (NDA). The report contained 20 findings, according to John Mogodi, president of Limpopo Impala Cricket, and contained names of those who are implicated in wrongdoing, according to Vilas. Exactly what the misconduct is or who has committed it cannot be revealed at this stage "at the risk of compromising future litigation", Beresford Williams, CSA's Acting President, said. CSA has offered SASCOC the full report provided they, too, sign an NDA. However, SASCOC has refused to do so.

Instead, SASCOC will wait for CSA to provide them will the full report but have not set a deadline for how long they will give CSA before taking further steps. So far, SASCOC and CSA have met three times and Skhosana indicated SASCOC will give CSA a wide berth. He said "there is no need to read them the riot act," because CSA has indicated a "willingness to engage."

SASCOC has the right to intervene in CSA according to South African law, which created SASCOC as the umbrella body under which all sporting federations operate. SASCOC regards itself as independent of the government and has written to the ICC explaining such. Skhosana reiterated that when he said SASOC's involvement is "not an attempt to place cricket under administration", and that CSA remains, "the custodians of the game". SASCOC intends for the task team to be independent and to "seek the authority" of CSA's Member's Council and for CSA's board and staff to assist the task team, even as they are temporarily removed from day-to-day work.

However, that is also a bone of contention between CSA and SASCOC because CSA has decided "the board and executive will not step aside," according to Mogodi while SASCOC has insisted that must happen, on full pay, while the task team completes its work. Further, CSA's Members' Council believes SASCOC should foot the bill of the task team but SASCOC, who are cash-strapped, is seeking other solutions. The details around the task team remain moot until they are appointed, which will not be done until the forensic report is made available because SASCOC wants to appoint a task team with the relevant "critical skills," to apply their minds to the report. The task team will then make recommendations that CSA will be expected to implement.

For now, this means cricket administration in South Africa remains in limbo. According to CSA's constitution, the organisation must hold an AGM within 15 months of the previous one, which was held in September 2019. That gives CSA until December to hold its AGM. At that meeting, CSA is due to elect a new president and new board members, as they seek to come of administrative crisis.

Tweet
More in this category: « New DStv Premiership details to be shared on September 30 & Celtics lose arbitration. Manny Pacquiao confirms fight with Conor McGregor in the Middle East next year. »
back to top