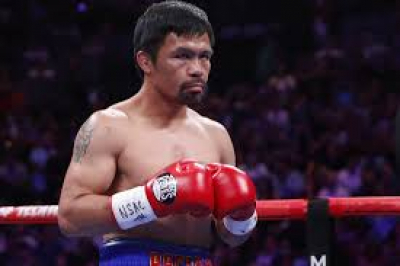 Conor McGregor says he is coming out of retirement for a boxing fight with Manny Pacquiao in the Middle East.

The former two-weight UFC champion, 32,retired from fighting in June - for the third time in four years.

He returned to face Floyd Mayweather in his first professional boxing match in 2017 and now says he will meet eight-weight world champion Pacquiao, 41.

"It will be a true honour to have faced two of the greatest boxers of the modern era," the Irishman tweeted.

Earlier on Thursday, McGregor posted a video on Instagram of himself shadow boxing in a ring.

McGregor's last fight was a win over Donald Cerrone at UFC 246 in January, which gave him a 22-4 record in mixed martial arts.

Filipino Pacquiao last stepped into the ring in July 2019,beating Keith Thurman to take his boxing record to 62-7, with two draws.

McGregor was stopped by former five-weight world champion Mayweather in the 10th round of one of the richest bouts in boxing history in August 2017.

Meanwhile Pacquiao has confirmed he will be fighting Conor McGregor in the Middle East next year.

The ring legend's office confirmed Pacquiao's earnings from the fight will go towards victims of the coronavirus pandemic, with the boxer now a Senator in the Philippines.

A statement from Pacquiao's office read: 'For the sake of all the Filipino Covid-19 victims, Senator Manny Pacquiao will be fighting UFC superstar Conor McGregor next year.'

'The huge portion of his earnings will proceed to those who are affected nationwide by the pandemic.'

Tweet
More in this category: « SASCOC,CSA at impasse over forensic report. Calvert-Lewin and Richarlison take Everton top with win over Crystal Palace. »
back to top