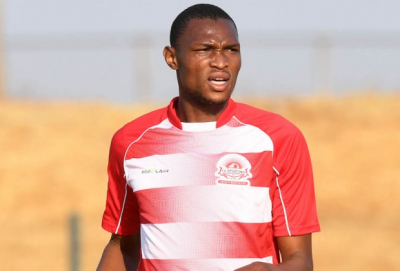 TS Sporting has confirmed the sudden passing away of midfielder Katlego Mojela.

In a statement released on Saturday morning, TS Sporting said Mojela complained about dizziness on September 25.

"TS Sporting Football Club would like to confirm the untimely passing away of our footballer Mr Katlego Mojela, also known as 'KG'.

KG sadly passed away after complaining of dizziness on the 25th of September 2020," said TS Sporting in the statement.

Mojela was still new to the club after joining them from the ABC Motsepe League at the start of the 2019-20 season.

He hit the ground running in his debut season in the NFD, making 27 appearances across all competitions for the Mpumalanga-based outfit.

Mojela was handed the No.25 shirt when he first arrived at the club and he wore it with pride, making it popular in the NFD as a rookie.

"KG joined TS Sporting at the beginning of the 2019-20 season after being scouted at the ABC Motsepe League play-offs in 2019."

"He played 27 games in his first season and scored four goals which helped the team qualify for the Nedbank Cup Last 8," continued the statement.

"KG was a dedicated member of the team and always willing to go the extra mile. His sudden passing leaves a huge hole in the TS Sporting family."

"We would like to extend our sincere condolences to KG's family, friends and teammates. Our thoughts and prayers are with the family in this difficult time."

The club has confirmed being in communication with the Mojela family to discuss details of the midfielder's funeral.