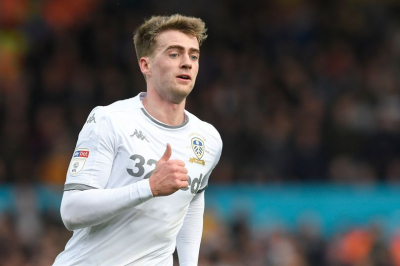 Patrick Bamford's late header earned Leeds United a hard-fought victory over Sheffield United, who are still searching for their first points of the season.

After both goalkeepers excelled, it looked as though a first Premier League derby between the two Yorkshire sides in 26 years was heading for a goalless draw.

But with two minutes remaining, Bamford rose at the back post to meet Jack Harrison's cross and head in his third goal of the season to send Leeds' players and staff wild.

It was just reward for a second half in which Leeds continued to ask questions of home keeper Aaron Ramsdale.

But a second win of the season for Leeds, and a clean sheet, having conceded seven goals in their opening two games, will be relished by their fans - especially against one of their fiercest rivals.

Leeds have enjoyed an entertaining start to the season, having scored and conceded seven goals in their opening two fixtures against Liverpool and Fulham.