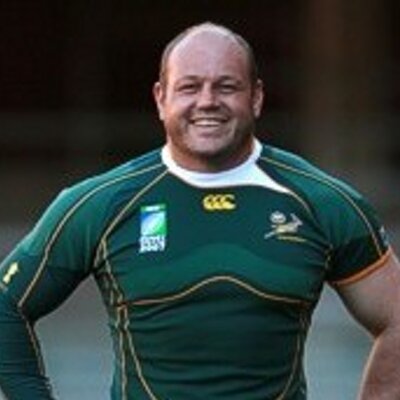 World Rugby has announced that Du Randt will be joined by the New Zealand duo of Richie McCaw and Graham Henry, as well as Shiggy Konno (Japan), Peter Fatialofa (Samoa) and Diego Ormaechea (Uruguay).

While Fatialofa and Konno will be inducted posthumously, McCaw, Henry and Ormaechea will attend the prestigious event, which will celebrate their careers and contributions to the game. These six inductees bring the total in the Hall of Fame to 148 since it began in 2006.

World Rugby Chairman and Hall of Fame inductee Sir Bill Beaumont said: “Our beloved game of rugby would not be what it is today without the contributions of remarkable trailblazers, men and women, who form the World Rugby Hall of Fame. They are players and coaches, true legends of the game that have embodied our values and will continue to inspire generations to come."

“On behalf of the rugby family, I would like to recognise and celebrate the outstanding achievements of this year’s six new inductees, Richie McCaw, Shiggy Konno, Os du Randt, Peter Fatialofa, Graham Henry and Diego Ormaechea for their outstanding career and thank them for their immense footprint on our game."

“We look forward to honouring them in November at what promises to be a very special night.”

FOR MORE INFORMATION ON THE WORLD RUGBY HALL OF FAME, VISIT WWW.WORLDRUGBY.ORG/HALLOFFAME.

Os du Randt retired from the game at the top in 2007 having won a second Rugby World Cup, the only Springbok to do so, following South Africa’s 15-6 victory over England in the final at the Stade de France in Paris.

Twitter
More in this category: « SA Rugby to co-operate with both NPA and SAHRC with regards to racial allegations against Eben Etzebeth. Comprehensive ABSA Premiership Preview. »
back to top