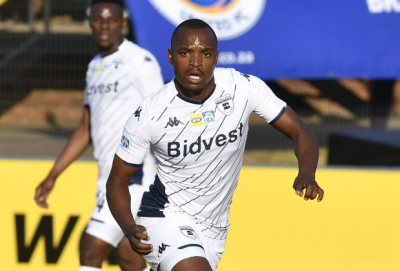 The trio have all signed five-year contracts and continue the injection of younger players into the Sundowns squad as coach Pitso Mosimane begins a slow transition over the next few seasons.

Playmaker Domingo (25) impressed for Wits last season, despite being used a lot off the bench, and will be a good fit for Sundowns’ passing style.

"Mamelodi Sundowns is a club with great history and I would love to be part of that history and not just to be part but to contribute to the club history and success. I want to win silverware with the club, that’s the main focus,"he told the club’s website.

Striker Motupa (26) has a good scoring ratio wherever he has been and having risen to prominence at Baroka FC, ad formerly played for Orlando Pirates, is looking forward to CAF Champions League competition.

"It is a great feeling to join Mamelodi Sundowns, I am feeling happy and proud, they have been doing well for the past five years,"he said. "I’m looking forward to doing well for myself, the club and the fans and what attracted me is that the club is always winning trophies every season and also they play in the CAF Champions League."

Langerman was included in the match day squad during Nedbank Cup triumph against Bloemfontein Celtic, while he was on suspension.

The club has since been fined R500 000 by the SAFA arbitrator, while Langerman has been given a one match ban.