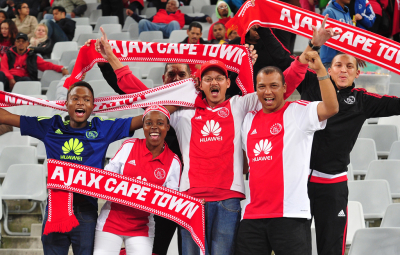 The decision has come a week after the PSL club failed to gain promotion to the South African top division after suffering relegation in 2017/18.

"AFC Ajax NV has reached agreement on the sale of the 51% shareholding in Ajax Cape Town to the minority shareholder. The transaction will be completed no later than October 1," announced the club.

"After the strategic reorientation, which was reported in February 2020 during the presentation of the half-year figures, Ajax concluded that the ambitions and results in Amsterdam are in too great a contrast to the development of the football market in South Africa.

"Ajax has expressed the ambition to join the European top in a structural manner and in recent years not enough talent has been produced in the South African market of the level that Ajax strives for. Moreover, Ajax sees insufficient potential for the future here. The club has shifted its focus to other markets. Ajax Amsterdam had owned the 51% shares in Ajax Cape Town since 1999," concluded the note.

Additionally, the Cape Town Club shortly released a statement to announce taking full control of the club, under the name Cape Town Stars.

The latest developments will come as a major blow to the people of Cape Town who had hoped to see Ajax Cape Town campaign in the PSL in the near future.

Tweet
More in this category: « Motupa looking forward to the challenge that comes with playing for Sundowns. Diogo Jota scores on his debut to wrap up win for Reds. »
back to top