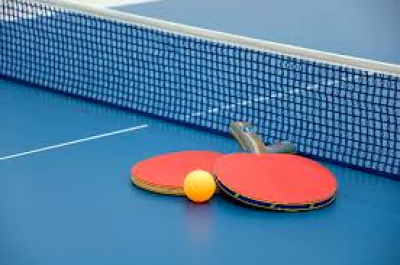 The first-ever World Table Tennis Championships is coming to Durban in 2023 and to the African continent for the first time since 1939.

The International Table Tennis Federation (ITTF) on Monday said Durban won 90 votes (69.77%) to beat off competition from the other candidate city, Düsseldorf, Germany, which won 39 votes (30.23%).

The KwaZulu-Natal MEC for Economic Development, Tourism and Environmental Affairs, Nomusa Dube-Ncube, has since expressed gratitude to the South Africa Table Tennis Board (SATTB) President Joe Carrim for working with the KwaZulu-Natal government, eThekwini municipality and other key role players during the bidding process.

“I know that in the beginning, it was extremely difficult but through your determination, you have managed to pull this off.

“On behalf of the people of KwaZulu-Natal, I wish to personally salute all role players who have been involved in this important national project,” Dube-Ncube said.

She thanked government and Premier Sihle Zikalala and the entire provincial cabinet for the guidance throughout the bidding process.

“With Durban being selected as the next host city, we flatter ourselves to believe that this is because South Africa and KwaZulu-Natal, in particular, have in the past proved to be worthy and competent hosts of a number of national, continental and international events of diverse interests.”

Dube-Ncube said the province is overwhelmed by the enthusiastic response and interest that has been shown by the sport-loving community from across the globe.

“The people of KwaZulu-Natal cannot wait to welcome international and national visitors during the World Table Tennis Championship in 2023.”

The MEC said they are excited that the championship will become one of the most important and “a must-see event” in the global calendar.

“Equally, we congratulate Germany, the country that has hosted the event on six previous occasions, including twice in the past eight years.”

Carrim said winning the bid took a great deal of effort and commitment from all parties and the reward was a combined effort and that the hard work to ensure it is a success starts now.

“I wish to thank the members of the ITTF for their trust and belief in our ability to host this global event. We thank them for their patience during the site inspection, which was followed by a video presentation on 21 September during to restrictions imposed as a result of the COVID-19 pandemic,” Carrim said.

He also thanked the Premier, his cabinet as well as Mayor Mxolisi Kaunda and MMCs of eThekwini for their unwavering support.

“We are continuing to see benefits from the forthcoming changes to the format of the World Championships finals, which will be introduced from next year onwards, leading to more countries bidding from different regions of the world.

“This also reflects the ever-increasing international appeal of table tennis, which is extremely pleasing to see, as we continue to work hard to make the sport more global in the future.”

The ITTF is the world governing body for all 226 affiliated national table tennis associations and responsible for the organisation of numerous international competitions, including the World Table Tennis Championships that has continued since 1926.

Tweet
More in this category: « Van Tonder sets sights on a hat-trick. Mick Schumacher to make Formula 1 practice debut at Eifel GP. »
back to top