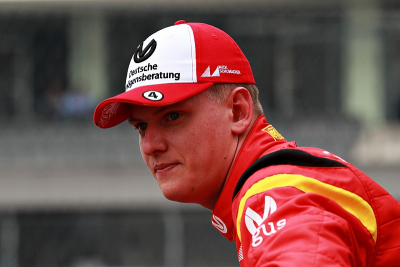 Mick Schumacher is one of three Ferrari academy drivers who will be given Formula 1 race weekend debuts in forthcoming races.

Schumacher, son of seven-time champion Michael, and British driver Callum Ilott will both drive in first practice at the Eifel Grand Prix on 9 October.

German Schumacher will drive an Alfa Romeo and Ilott a Haas. Both are Ferrari-affiliated customer teams.

The team Shwartzman will drive for has not yet been revealed.

Schumacher and Ilott are first and second in the Formula 2 championship with two races remaining, while Shwartzman is fifth.

It is expected that at least one of the three drivers will be promoted to F1 next year, with Alfa Romeo and Haas the teams most likely to take them.

In preparation for their F1 weekend debuts, all three drivers will test at Ferrari's Fiorano test track on Wednesday in a 2018 F1 car.

Tweet
More in this category: « Durban wins bid to host World Table Tennis Championships. Djokovic cruises into Round 2,Pliskova advances. »
back to top