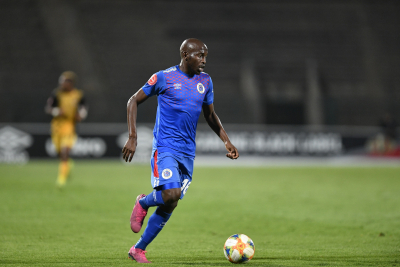 Bradley Grobler was the big winner at the SuperSport United end of season awards, walking away with three honours after an excellent 2019-20 campaign.

The experienced forward collected the Player of the Season prize, the Top-Goalscorer gong and the Chairman’s Award after a season in which he scored 17 goals in 33 starts in all competitions.

He helped Matsatsantsa to the 2019 MTN8 title, netting in the final against Highlands Park last October.

SuperSport are currently in Polokwane on a pre-season campaign as they ready themselves for the new 2020-21 DStv Championship season, which is due to start on 24 October.

CEO Stanley Matthews said the reason they let go of Modiba is that they couldn't come closer to matching what Sundowns will be offering the player in terms of the salary package.

Modiba leaves SuperSport United having played 153 matches during his four-year stint with them. He scored 21 goals and recorded 24 assists in the process.

Tweet
More in this category: « Van Tonder is Unlocked and Reloaded. Rafael Nadal storms over Travaglia to follow Thiem into last 16. »
back to top