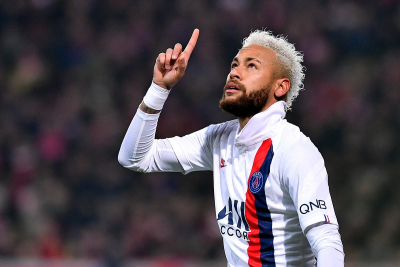 The Brazil forward struck either side of half-time for the three-time defending champions, after Alessandro Florenzi had given them an early lead.

Ismael Traore replied for the visitors before Julian Draxler made it 4-1.

Neymar's goals were his first of the season after returning from a two-match ban for being sent off in the bad-tempered 1-0 defeat by Marseille.

Meanwhile Angel di Maria still has another two games to serve of the four-match ban he received from that game.

Tweet
More in this category: « Rafael Nadal storms over Travaglia to follow Thiem into last 16. Los Angeles Lakers double lead over Miami Heat with 124-114 win. »
back to top