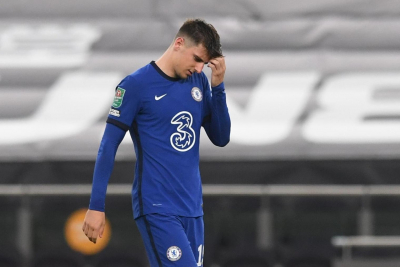 Summer signing Ben Chilwell scored one and assisted another on his first Premier League start since his move from Leicester City as Chelsea returned to winning ways against Crystal Palace at Stamford Bridge.

Having made his first appearance on Tuesday as Frank Lampard's side were knocked out of the Carabao Cup on penalties by Tottenham, Chilwell marked his 100th Premier League appearance by firing in at the back post following Mamadou Sakho's failed clearance.

Chilwell, 23, then delivered an excellent cross from the left to allow Kurt Zouma to head in a second after 66 minutes, before Jorginho stepped up to convert two penalties in the space of four minutes to seal victory.

Lampard also handed a league debut to £22m goalkeeper Edouard Mendy as the hosts, led in defence by fellow summer addition Thiago Silva, registered a first clean sheet of the season as visitors Palace failed to muster a shot on target.

Chelsea climb into the top four before the rest of the weekend's action, while defeat leaves Crystal Palace in eighth.

Tweet
More in this category: « Sadio Mane isolating after positive coronavirus test. Rodriguez delivers masterclass as Everton go top with win over Brighton. »
back to top