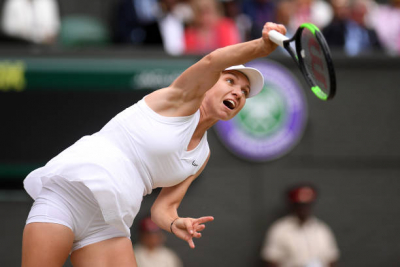 Top seed Simona Halep is out of the French Open after losing to Iga Swiatek in the fourth round in just 68 minutes.

The Romanian, a heavy favourite to claim a second Roland Garros title, was stunned 6-1 6-2 by the Polish teenager.

World number 58 Swiatek outhit and outmanoeuvred the 2018 champion to reach a Grand Slam quarter-final for the first time.

The 19-year-old will play with either Dutch fifth seed Kiki Bertens or Martina Trevisan of Italy next.

However, Swiatek asserted herself from the start, taking the first set in 24 minutes and finishing the match with an astonishing 30 winners.

Swiatek was in tears after her victory and admitted she had surprised herself with her level of play.