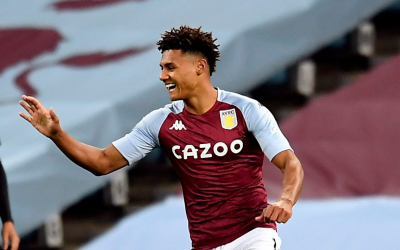 Ollie Watkins scored a first-half hat-trick and Jack Grealish had a hand in five goals as Aston Villa deservedly stunned champions Liverpool with one of the most unbelievable scorelines in Premier League history.

Watkins had never scored a Premier League goal before kick-off and 45 minutes later he had the match ball, as Villa took advantage of Liverpool's high line and individual mistakes.

It is the first time Liverpool have conceded seven goals since 1963 and only their fourth Premier League defeat since 3 January 2019. Villa, who escaped relegation on the final day of last season, overtake them in the table with their best start since 1962.

Elsewhere the Serie A game between Juventus and Napoli descended into chaos on Sunday as the visitors failed to turn up after their squad was placed in isolation following positive coronavirus tests.

With two positive results this week, Napoli said they were ordered not to travel by their local health authority.

However, Serie A refused to call the game off.

Juventus' squad arrived at the stadium an hour before the kick-off, but had no opponent to face.

Under Serie A rules, Juventus would be handed a 3-0 win for Sunday's match.