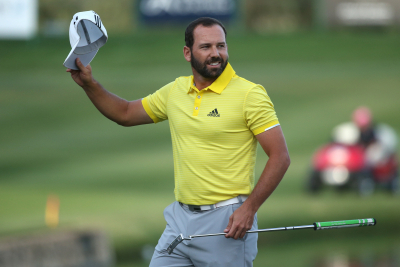 Sergio Garcia secured his first PGA Tour win since the 2017 Masters with one-shot victory at the Sanderson Farms Championship in Mississippi.

Garcia began the day in a three-way share of the lead but needed an eagle on the par-five 14th to draw level with clubhouse-leader Peter Malnati.

A fine approach shot on the 18th then set up a two-foot birdie putt for victory, his 11th on the PGA Tour.

"The perfect ending for an amazing week," said Garcia.

The Spaniard added: "I stood up on 18 and I did what I've been doing all week. I trusted myself."

American Malnati carded a career-best round of 63 to move into the clubhouse lead on 18-under and held that advantage for two hours before Garcia's late surge.