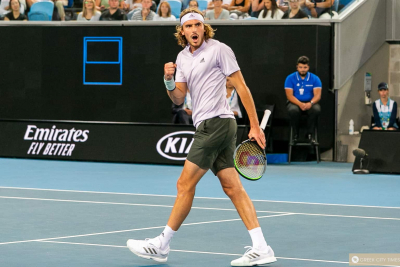 That quarter-final will be a rematch of last month's Hamburg final, where Rublev beat Tsitsipas in three sets.

Whoever wins that match could face top seed Novak Djokovic in the semi-finals, with the Serb in action later on Monday in his fourth-round match against Russia's Karen Khachanov.

"The tie-break was where all the money went. I tried to take it point by point, I showed a lot of discipline. It was a very responsible win in the second set,"said Tsitsipas, who had a medical timeout for an irritated left eye.

Tsitsipas, who won the ATP Finals last year, built on his momentum to break early in the third and then again in the eighth game to reach his second Grand Slam quarter-final after making the Australian Open semi-finals in 2019.

"My aggressiveness on return games and my focus on important points made the difference," Tsitsipas said.

Tweet
More in this category: « Mosimane off to winning start at Al Ahly. MTN8 fixtures, dates, kick-off times confirmed. »
back to top