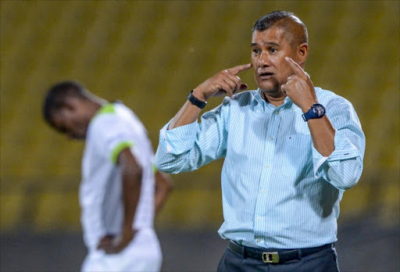 The new head coach and former Mamelodi Sundowns mentor, Pitso Mosimane, announced on Twitter that Cavin Johnson will be joining him at the Egyptian giants as his assistant coach.

Johnson joins Kabelo Rangoaga and Musi Matlaba who left the Brazilians along with Mosimane.

"It gives me great pleasure to announce that coach Cavin Johnson has agreed to join me as an assistant coach at Al Ahly," said Mosimane.

"This completes the technical team I bring with me to the Red Devils after fitness trainer Kabelo Rangoaga and performance analyst Musi Matlaba," confirmed the 56-year-old.

Mosimane is confident Johnson's contribution will help the entire technical team deliver on its mandate.

Meanwhile Swiss Manner Rene Weiler said that he enjoyed his time in Cairo but had to leave mainly for personal reasons.

"The reason is relatively simple. Corona has also found its way into Cairo. I’ve seen my family exactly once since February when I came to Switzerland on a private plane in June,"he said,

"The decision was difficult. I wanted to end the season, we had done a good job by then.

The club is huge, that’s incredible. I didn’t have a private life. I couldn’t eat out. If I wanted to pick up my family at the airport, I had to dress up but people still recognized me like that.”

"The dimension, the force of this association is indescribable. If you don’t experience it yourself, you can’t imagine it. It was very tiring,"he added.

The former Anderlecht manager then shared his experience when his side went to face Sudanese side Al Hilal in the Champions League.

My colleagues and I were afraid for our lives. It was a crucial match, we needed a draw, we were 1-0 up. A quarter of an hour before the end there was a kick for us, the home fans wanted a corner – after the alleged wrong decision, they stormed onto the pitch. Things came flying off the stands, you can’t imagine that!

"We were protected by a huge police force, they had assault rifles that I hadn’t even seen in war films," he concluded.