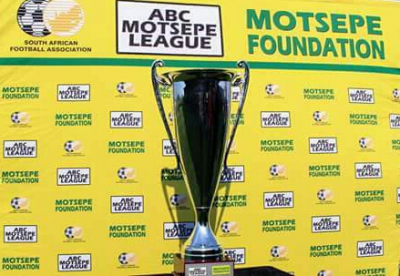 The South African Football Association (SAFA) NEC has resolved to declare the 2019/2020 ABC Motsepe League in all nine Provinces as final and according to the existing log standings.

Therefore, the nine Provincial teams currently occupying position number one, will proceed to the National Playoffs of the ABC Motsepe League which should be played by 7 November 2020. This is in order to determine the two teams which will be promoted to the GladAfrica championships.

In a circular sent out to all Provinces, SAFA CEO, Advocate Tebogo Motlanthe said the Covid-19 pandemic has affected the development of football in the world in general and South African football’s non-professional league in the country.

‘’The non-professional football was forced to stop before the matches could be finished in March 2020. There is a need for SAFA to promote the two teams which will participate in the GladAfrica championships in the 2020/2021 season.

“Also the registration period of players in the National Soccer League (NSL) is expected to close on 30 November 2020,” added Advocate Motlanthe.

‘’SAFA has to promote and not deny the opportunity to the teams which must be promoted to GladAfrica championships. The two promoted teams must be afforded enough opportunity to register and add more quality players for sustainability in the professional ranks.

‘’The two teams must be provided with enough time to prepare for resumption of the GladAfrica championships,’’ concluded Advocate Motlanthe.

The SAFA CEO said all other amateur football was still suspended until the Association gets a green light to resume from the government.