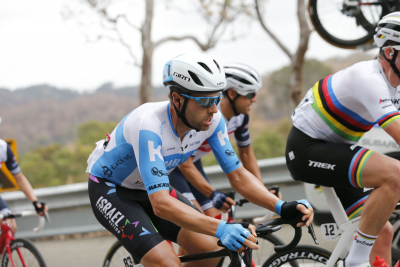 Britain's Alex Dowsett claimed a solo victory in the eighth stage of the Giro d'Italia with Matthew Holmes third.

The 32-year-old Israel Start-Up Nation rider was part of a six-man breakaway allowed to go free on the 200km run from Giovinazzo to Vieste.

There was no change in the general classification, Joao Almeida retaining his 43-second lead over Pello Bilbao.

Britain's Simon Yates withdrew from the race before the start of the stage after testing positive for coronavirus.

Dowsett rode away inside the final 20km as he used his time-trialling skills to take victory by 75 seconds.

It was his second career Giro stage win, seven years after his success on the stage eight time trial of the 2013 edition, and a first Grand Tour victory for his young team.

Fellow Briton Holmes was beaten to second place by Salvatore Puccio, while the peloton eventually rolled home almost 14 minutes behind.

Four-time Tour de France winner Chris Froome will join Israel Start-Up Nation next year, but Dowsett's own future is uncertain in the final months of his contract.