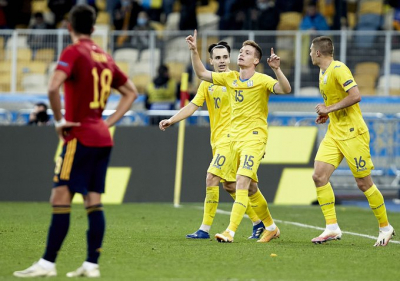 Spain were made to pay for a host of wasted chances as Ukraine inflicted their first defeat in nearly two years.

Spain had 21 shots in total but Ukraine needed just one to score.

Luis Enrique's side had not lost since Croatia beat them 3-2 in November 2018.

About 15,000 fans were allowed in to watch the Nations League game.

Tweet
More in this category: « World number one,Dustin Johnson withdraws from CJ Cup after testing positive for Covid-19. SA Government notifies ICC of intervention in CSA. »
back to top