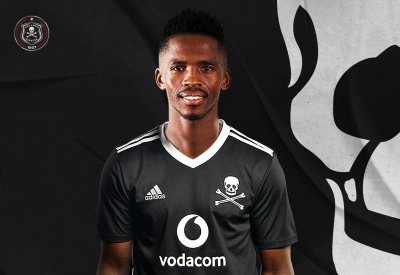 Monare joins as a free agent after terminating his deal with Tshakhuma Tsha Madzivhandila, who had purchased the status of Wits ahead of the new season.

"I am happy to have signed with the club,"Monare told the Pirates website. "I hope, like I have done in my entire career, I can make a meaningful contribution during my time here.

"I think this is a team that suits my style of play and that can only benefit me and the team for the season ahead."

The 31-year-old spent four seasons with Wits after joining from Jomo Cosmos. He won the league, MTN8 and Telkom Knockout during his time there.

Tweet
More in this category: « SA Government notifies ICC of intervention in CSA. SA given deadline to decide whether to participate in Rugby Championship. »
back to top