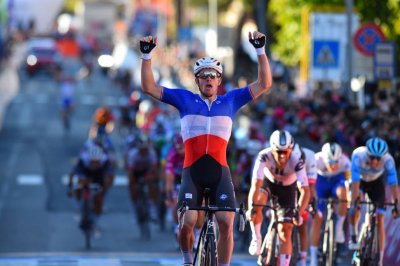 France's Arnaud Demare claimed his fourth win of the 2020 Giro d'Italia in a sprint finish on stage 11.

The Groupama-FDJ rider held off Peter Sagan and Alvaro Jose Hodeg at the end of the 182km ride from Porto Sant'Elpidio to Rimini.

Demare is the first French rider to win four stages at the same race since Bernard Hinault in 1982.

The 29-year-old, who has won five stages in total at the Giro after winning one in 2019, said: "My three lead-out men delivered me in a perfect position and I felt a lot of strength in my legs to launch my sprint.