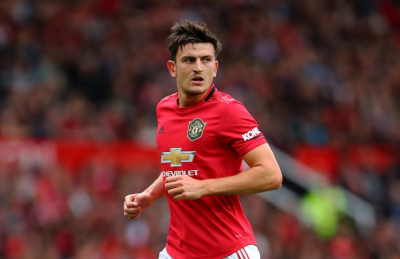 Harry Maguire's miserable start to the season continued as he became the first England defender to be sent off at Wembley as the hosts lost to Denmark.

Manchester United captain Maguire, 27, was booked twice in the space of 25 first-half minutes.

Former Tottenham midfielder Christian Eriksen then scored from the penalty spot to mark his 100th cap.

England are now third in their group, with only the winners progressing to the Nations League finals in 2021.

Maguire was withdrawn from the England squad by manager Gareth Southgate after being given a suspended prison sentence on the Greek island of Syros in August.

Meanwhile Stephen Kenny remains without a win in his five games as Republic of Ireland boss as his coronavirus-hit side lost 1-0 to Finland in the Nations League.

But the Norwich striker atoned for those misses in the 66th minute by intercepting Randolph's errant kick-out and squaring for Jensen, who lashed into the net from close range for the Euro 2020 qualifiers after his initial effort had been blocked by Republic debutant Dara O'Shea.

Tweet
More in this category: « Juventus awarded 3-0 win over Napoli. Ethiopian side Saint George SC confirm the appointment of Middendorp . »
back to top