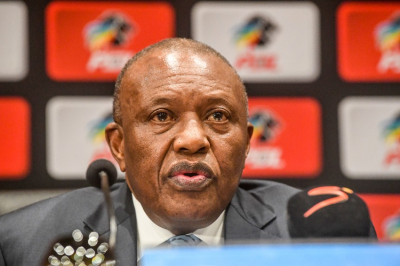 Kaizer Chiefs and Mamelodi Sundowns will feature in the opening act of the DStv Premiership at FNB Stadium on Saturday, 24 October.

At the same time, Baroka FC will be at home against Maritzburg United at Peter Mokaba Stadium and Lamontville Golden Arrows will travel to the Free State to play Bloemfontein Celtic at Dr. Molemela Stadium.

There are two matches at 20h15: AmaZulu are at home against Orlando Pirates at Jonsson Kings Park while SuperSport United will be playing against Black Leopards at Lucas Moripe Stadium.

On Sunday, 25 October, Swallows FC will play their first match in the professional ranks since the 2014-15 season when they were relegated. They will travel to Stellenbosch to play Stellenbosch FC at Danie Craven Stadium at 15h30.

Tweet
More in this category: « PUMA ambassadors Virat Kohli and Pep Guardiola talk about mental strength in sports. Valentino Rossi out of action after Covid-19 positive test. »
back to top