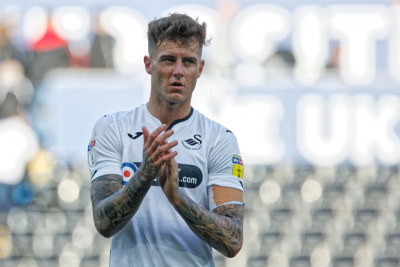 Tottenham have signed Wales centre-back Joe Rodon from Swansea on a five-year deal for an initial £11m plus add-ons.

Rodon, 22, made 54 appearances for the Championship club having made his Swans debut during the 2018-19 campaign.

He started all three of Wales' matches during the international break to take his tally to seven caps.

Rodon is Spurs' seventh signing of the season and he joins compatriots Ben Davies and Gareth Bale, who re-signed for Tottenham on loan from Real Madrid.

The 27-year-old France World Cup winner would have been out of contract at the end of this season.

Pogba has started all three of United's Premier League this term, including the 6-1 home thrashing by Tottenham.

During the international break, Pogba said a move to La Liga giants Real Madrid would be "a dream".

It is understood the decision to extend his contract was taken a few weeks ago, before Pogba's comments.

Pogba rejoined United from Juventus for a club record £89m in 2016.

Tweet
More in this category: « Kevin de Bruyne out of Arsenal match,Aguero in training. Hawies Fourie proud of Cheetahs mentality. »
back to top