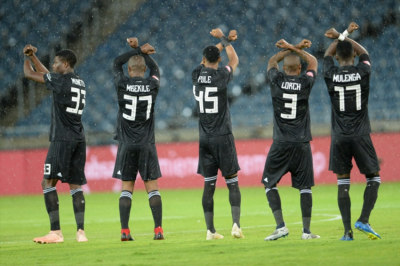 Terrence Dzvukamanja scored the only goal in a game in which Fagrie Lakay received his marching orders.

City were the better team in the opening exchanges but it would be Pirates to open the scoring through a towering Dzvukamanja header in the 23rd minute.

Thabo Nodada came very close to firing City level in the 65th minute. The midfielder's curling effort from the edge of the area had the beating of Wayne Sandilands, but flew inches over the crossbar.

Peter Leeuwenburgh then made a string of good saves as City grew more desperate and that desperation almost paid dividends in stoppage-time as Abbubaker Mobara's effort on the opposite end of the park flashed narrowly wide.

In the end, Pirates held on to book their place in the final four.