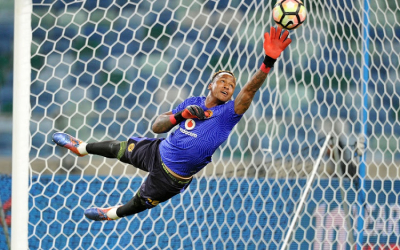 Former Kaizer Chiefs and Orlando Pirates goalkeeper Brilliant Khuzwayo will be in court on Monday on assault charges after he was involved in a stabbing on Saturday.

Khuzwayo — capped three times for SA — tweeted on Sunday morning that he was in hospital after being stabbed the day before. The incident took place as he was due to address a student sports gathering at the Mangosuthu University of Technology (MUT) in Umlazi, Durban.

"Brilliant Khuzwayo was invited to speak at a MUT sports event. Before he could make his address, a male, believed to be a MUT student, stabbed him and he was rushed to the hospital," Khuzwayo’s Twitter post read.

Naicker said the two men were involved in an altercation at an event at the university on Sunday. Both men are expected to appear bfore the Umlazi Magistrate’s Court on Monday, said Naicker.

Throughout his career, Khuzwayo played for AmaZulu, Thanda Royal Zulu and Kaizer Chiefs. It was while he was contracted to Orlando Pirates that he suffered a knee injury that forced him to end his career at the age of 29.

Tweet
More in this category: « Totenham Hotspurs,West Ham play to thrlling draw. Amakhosi to meet Bucs in MTN8 semis,as Downs crash out. »
back to top