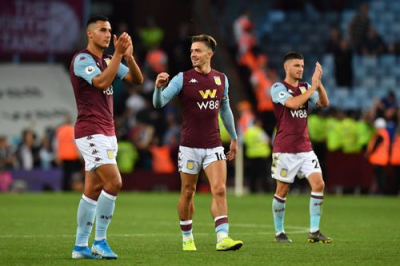 Ross Barkley drilled in an injury-time strike to maintain Aston Villa's 100% start to the season as they edged to victory at Leicester.

The game looked set to be the first goalless match of the campaign, but on-loan Chelsea midfielder Barkley finished incisively into the bottom corner to give Villa all three points and send them second in the Premier League.

Villa have won their opening four top-flight games for the first time in 90 years.

It had been a drab Sunday night encounter until Barkley's 91st-minute effort, with neither goalkeeper called on to make difficult saves.

Dean Smith's Villa are just one point behind leaders Everton with a game in hand, while Leicester remain fourth.