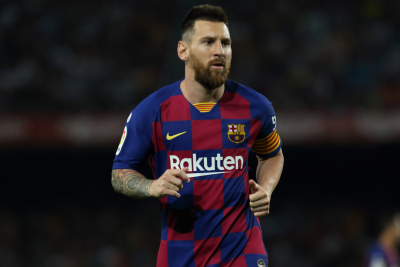 Juve have made an unconvincing start to life under the legendary former midfielder and are four points behind Serie A leaders Milan after four games.

Morata opened the scoring just after the break when he tapped in off a rebound and nodded in a second with six minutes to go to give Juventus three points in Group G which also includes Barcelona and Hungarian club Ferencvaros.

Portugal captain Ronaldo and US midfielder Weston McKennie both missed the trip to the Ukraine after testing positive for coronavirus, with Alex Sandro and Matthijs de Ligt out injured.

The Italian champions had little to show for their early domination against the young Ukrainian side with Dynamo goalkeeper Georgiy Bushchan denying early efforts from Federico Chiesa and Dejan Kulusevski.

Juve skipper Giorgio Chiellini also nodded wide before the veteran defender was replaced by Merih Demiral after 18 minutes after limping off clutching his leg.

Paulo Dybala came on for Kulusevski 10 minutes after the break for the Argentine forward's first start this season.

But it was former Chelsea striker Morata who had the final word with a powerful header from a Juan Cuadrado cross which gave him a third goal in a week since moving on loan back to Juventus from Atletico Madrid.

Messi netted from the penalty spot to give Barca the lead after he was felled at the end of a weaving run.

Gerard Pique was sent off for a foul that set up Ihor Kharatin to narrow the deficit from the penalty spot, but Pedri and Dembele ensured Barca's win.

Pique's dismissal is a costly one for the Spanish side, with the experienced defender now suspended for their trip to Italian champions Juventus in gameweek two.

But Barca will be lifted by Pedri's low finish, with the teenager already starting to draw attention to himself after just a handful of appearances for the club.

Elsewhere Marcus Rashford repeated his late Parisian heroics with a superb winner as Manchester United marked their return to the Champions League with a fine win at the home of last season's beaten finalists Paris St-Germain.

Rashford's stoppage-time penalty sealed a famous victory at the Park des Prince 18 months ago and the England striker was again on target to ensure Ole Gunnar Solskjaer's side start a formidable group with maximum points.

The visitors had excelled in a first half which saw Bruno Fernandes stroke them ahead with a twice-taken penalty.

But the multiple French champions were far stronger and threatening in the second half and deservedly drew level when United striker Anthony Martial headed into his own net.

And the sides looked set to share the points when Rashford collected a pass from substitute Paul Pogba, rolled away from a defender and fired in off the base of the post from 20 yards.