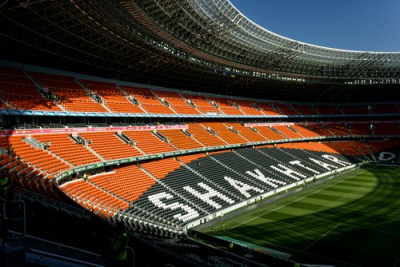 Shakhtar Donetsk stunned Real Madrid with a 3-2 victory that sends Zinedine Zidane’s team into Saturday’s meeting with Barcelona off the back of two humbling defeats.

The Ukrainian champions arrived in Madrid without 13 first-team players after 19 positive Covid-19 tests throughout the club left them needing to call up youth-team players.

But Luis Castro's young side were undaunted and swept into an amazing, but thoroughly warranted, 3-0 lead at Real's empty Alfredo di Stefano training ground.

Goals from Luka Modric and Vinicius Junior after the break gave Real hope, but there was no escape for the competition's most decorated side despite a dramatic finale.

Federico Valverde thought he had hit a stoppage-time leveller but after a check at the pitchside monitor referee Srdjan Jovanovic disallowed the goal for offside.

Club legend Zinedine Zidane won the Champions League in each of his first three seasons in charge of Real, but his decision to rest players with next Saturday's El Clasico against Barcelona in mind was a rare, and huge, aberration.

Without captain Sergio Ramos - left in the stands with a knee injury - Real's defence was a mess and could do little to prevent Mateus Tete and Manor Solomon scoring either side of a Raphael Varane own goal.

Tellingly, Real have now lost seven of their last eight Champions League games without Ramos at the heart of their backline.

Former Tottenham midfielder Modric hit a stunning long-range strike to bring a ray of hope and, although Vinicius scored within 15 seconds of coming, on Shakhtar held on for a famous result.

Tweet
More in this category: « England's white-ball tour of South Africa to go ahead in November. Arsenal boss Arteta says his 'conscience is calm' over decision to leave Ozil out. »
back to top